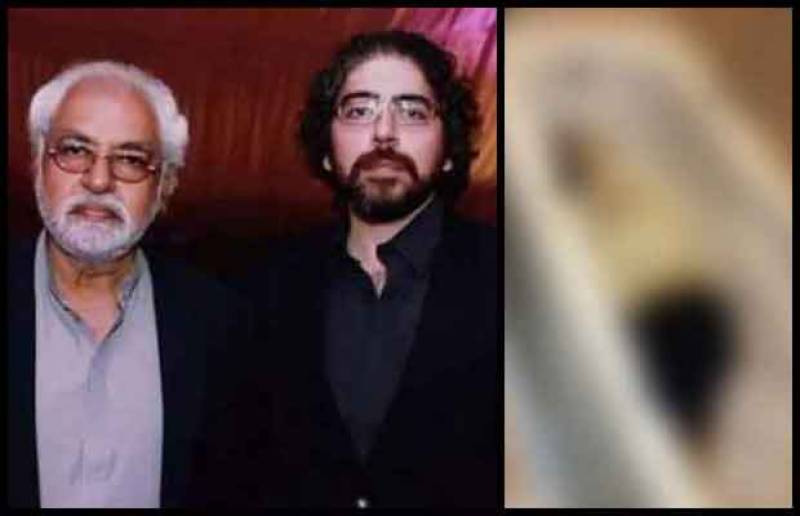 ISLAMABAD – The Islamabad police yesterday arrested the son of columnist and politician Ayaz Ameer on charges of murdering his Canadian national wife at his farmhouse located in Chak Shehzad, sources have said. The suspect has been identified as Shahnawaz Ameer (aged 37), who has been put behind the bars at the Police Station Shehzad Town, they said. However, the police so far has not filed a case against the accused, the source added. Dead body of the woman, identified as Sara Shahnawaz, was moved to Poly Clinic for autopsy. Teams of forensic experts and Homicide Investigation Unit (HIU), under the surveillance of DIG Operations and SSP Investigation, visited the crime scene and collected evidences and CCTV footages. The police also confiscated the mobile phones of the couple, they said. According to the sources, Shahnawaz Ameer had contracted his third marriage with Sara, a Canadian national of Pakistani origin, in Abu Dhabi a few months ago and the newly married couple was staying in a farmhouse in Chak Shehzad. They said a brawl occurred between the couple early in the morning after which Shahnawaz allegedly placed her under severe torture. “Shahnawaz killed Sara by beating her with an iron dumbbell gym in his bedroom,” they said. Locals alerted the police patrolling team after hearing screams of a woman (Sara) on which the police rushed to the farmhouse and held the suspected killer along with the iron object, he allegedly used for killing his wife, they said. DIG Operations Islamabad Sohail Zafar Chattha told media men that the police had arrested the suspect while he was washing away the blood from the floor. He said that the suspect dumped the body of his wife in a bath tub in the washroom which was also taken into custody and moved to the hospital for postmortem. He said forensic experts have collected the evidences including clothes of the lady, the iron dumbbell, bloodstained towel, bed sheets and mobile phones of the couple from the crime scene. He said wound marks were found on the upper parts of the body of the woman. “Shahnawaz allegedly killed his wife by hitting her with gym-dumbbell” he said. He also said that the accused has confessed his crime during preliminary investigation. He said that the police are trying to contact the family of the deceased for registration of FIR on their complaint. The police investigators have also approached the Canadian High Commission in Islamabad, he said. On the other hand, columnist Ayaz Ameer reached the farmhouse of his son after hearing the news of murder of his daughter-in-law. He, while talking to media men, expressed his shock over the incident and said that such a shocking incident should not happen to anyone. What can I say? I am in a state of extreme shock.