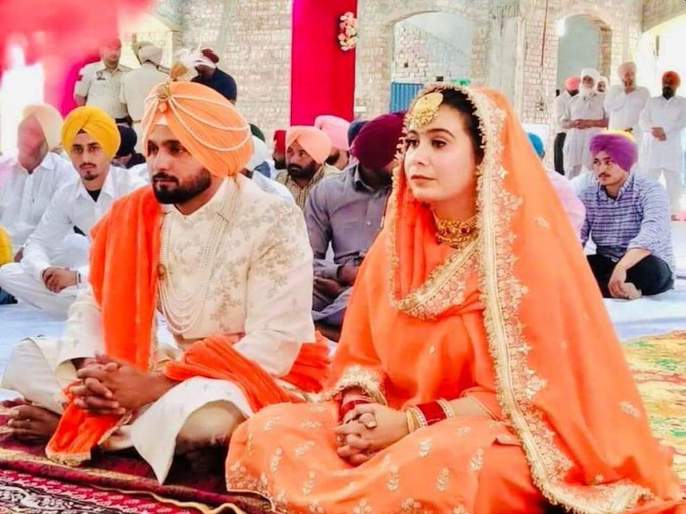 In Punjab’s Sangrur, AAP MLA Narinder Kaur Bharaj got married today. Importantly, Narinder married his own activist Mandeep Singh Lakhewal in a simple manner. He performed seven rounds in the Gurudwara at Rodewala, Patiala. The husband is said to be her friend from school.

You have nominated people from ordinary families to become MLAs. Because of this, we got married in a simple way, being from a normal family. Narinder said. After political responsibility, family responsibility has also increased. I have got a good partner to make me happy, says Narinder.

Narinder Kaur’s village Bharaj and Mandeep Singh’s Lakhewal are just 2 kilometers apart. Mandeep Singh is an AAP worker and media in-charge. Mandeep Singh had campaigned for Narinder during the assembly elections. Narinder is 28 years old and is the youngest MLA in the Punjab Legislative Assembly. In the 2022 assembly elections, he won the election from Sangrur constituency on Aam Aadmi Party ticket with a margin of more than 38 thousand votes.

Bhagwant Maan was also present
Maninder had set up a polling booth for Chief Minister Bhagwant Mann during the 2014 Lok Sabha elections. After winning, Mann himself went to her village to meet her. After this, Maninder joined AAP. Mann and his wife attended the wedding today.