Change of power in Bihar a big blow to NDA? If the election is held today, 286 seats will be available – Survey After Bihar Politics if the Lok Sabha elections are held now the seats of the NDA will decrease Aaj Tak and C Voters survey MIGMG News 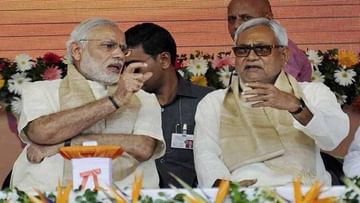 After the coup d’état in Bihar, if Loksabha Elections are held in the country today, the National Democratic Alliance (NDA) may suffer a big blow. According to the survey conducted by Aaj Tak and C Voter, 286 seats of NDA can be elected!

Mumbai : Though BJP came back to power in Maharashtra with the help of Eknath Shinde group, in Bihar (Bihar) But BJP has been thrown out of power. Nitish Kumar (Nitish Kumar) resigned from the post of Chief Minister and joined hands with the BJP. Not only this, he also announced that he has quit the NDA. Immediately after resigning, Nitish Kumar once again tied the knot with RJD’s Tejashwi Yadav. After the coup in Bihar, the Lok Sabha elections in the country today (Loksabha Election), the National Democratic Alliance (NDA) may suffer a big blow. According to the survey conducted by Aaj Tak and C Voter, 286 seats of NDA can be elected!

What if elections are held now?

According to the survey, if the Lok Sabha elections are held by August 1, out of 543 seats, NDA can get 307 seats, UPA 125 seats and other parties 111 seats. If elections are held now after the change of government in Bihar, NDA may lose 21 seats directly. 286 seats may be elected by reducing NDA seats. UPA is likely to get 146 seats and other parties 111 seats.

Modi’s name is preferred for the post of Prime Minister

In this survey, people were asked who would be the next prime minister. 53 percent people preferred the name of Narendra Modi. In the survey, Rahul Gandhi’s name is at the second position as the Prime Minister. He is preferred by 9 percent people. In this survey, Delhi Chief Minister Arvind Kejriwal has surpassed Union Home Minister Amit Shah and Uttar Pradesh Chief Minister Yogi Adityanath. Kejriwal is preferred by 6 percent, Yogi Adityanath by 5 percent and Shah by 3 percent.

The survey was conducted by Aajtak and C Voter between February 2022 and August 9, 2022. 1 lakh 22 thousand 16 people participated in this survey. August 9 has been fixed as the date for the poll as Nitish Kumar announced the break of alliance with BJP on that day.