Imran Khan Attacked | Wanted to assassinate Imran because he was misleading the public: on attack MIGMG News 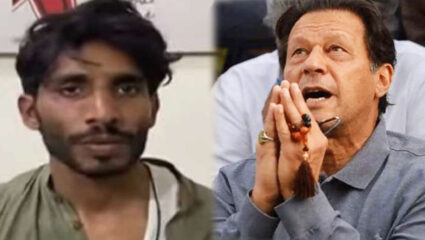 Islamabad. The man who attacked former Prime Minister Imran Khan on Thursday during a political march in Pakistan’s Punjab province said he had tried to kill Khan because “he was misleading the public.” Khan (70) was injured when his container-truck was attacked during the march. अन्न पार में गोली लागी है है, लेक्ष वाह अहार से है है. The incident took place near Allahwala Chowk in Punjab’s Wazirabad town when Khan was leading a march to Islamabad with his demand for early elections.

In the attack, Khan was immediately apprehended by party Pakistan Tehreek-e-Insaf (PTI) activists and security personnel. A clip of the acceptance of the attack was aired in local media.

The suspect said in a video, ‘He (Imran) was misleading people and I couldn’t see it. So I tried to kill them. She said, “I tried to kill Khan. I wanted to kill him (Khan) and nobody.”

The gunman said that he is not associated with any political, religious or terrorist organization. He said that after the announcement of the mega rally on October 28, he thought of killing the PTI chief. She said, “I decided to kill him today. This thought occurred to me when Khan started his march. I am alone and there is no one with me. I came on my motorcycle and parked it in my uncle’s shop.”

Asad Umar, a senior leader of Khan’s party, told the media that a bullet was fired at the feet of the former prime minister. Umar said, “Khan is being taken to Lahore by road. His condition is not serious, but he has been shot.” (agency)

Heavy collision between a truck and a bus in Bahreič, 6 people died painfully, 15 were injured MIGMG News

Sale of a farm to three people, including the singer Dalir Mehndi, accused of illegal construction MIGMG News