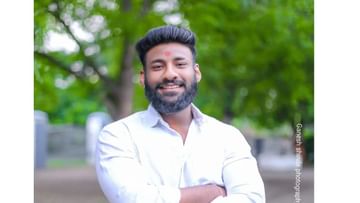 Ahmednagar police has informed that four people have been arrested so far in connection with the attack that took place in Karjat on Thursday night.

Ahmednagar: Information has come to light that four people have been arrested in connection with the attack on a youth in Karjat taluka. On Thursday night, a young man was attacked by 10 to 15 people in Karjat. After this the said youth was seriously injured. He is undergoing treatment in a private hospital. According to the police, a young man Pratik alias Sunny Rajendra Pawar has been seriously injured in this incident which took place in Karjat. A complaint was lodged against this in the police station at Ahmedannagar. Superintendent of Police Manoj Patil informed that the incident is being thoroughly investigated and all the accused will be detained soon. Meanwhile, Nitesh Rane has stated that this incident is similar to the fox massacre in Amravati. Rane has warned that if such attacks continue on Hindus, our hands are not tied either.

Four people were arrested in connection with the attack

Ahmednagar police has informed that four people have been arrested so far in connection with the attack that took place in Karjat on Thursday night. A group attacked on Thursday night. He was seriously injured in this incident and is undergoing treatment in a private hospital. Superintendent of Police Manoj Patil said, ‘A case has been registered under 549-22. According to the complaint, it is said that the attack took place due to keeping the status of Nupur Sharma. Four accused have been arrested so far. Further action is underway.’ It is said that a case has been registered against the youth who was injured in the incident, but the police have stated that they will give information only after further investigation in this case.

What is Nitesh Rane’s warning?

After the attack on the youth in Karjat, BJP leader Nitesh Rane held a press conference. He said, ‘The first incident happened in Udaipur due to support of Nupur Sharma. Later it happened in Amravati. Today, the NIA is investigating the Amravati fox killing incident. From day one, BJP made it clear that we do not support any of these issues. That topic was closed. But then the foxes were killed in Amravati. On August 4, a similar attempt took place in Karjat-Ahmednagar. A youth named Prateek Pawar was stopped by 10 to 15 Muslim youths while going to the birth anniversary program of Annabhau Sathe. The youths who came to attack attacked him saying that you are keeping Nupur Sharma’s DP, you are asking other people of the village to keep it too.. You are making too much noise as a Hindu. They had sharp weapons in their hands. Knocked him down. He fell unconscious. The crowd thought he was dead. Those people left there. But Mitra family came there. He was immediately admitted. Later he was kept in a private hospital. He is fighting death today. He got 35 stitches. The ribs are badly bruised. In this way there will be repeated attacks. If it goes to the extent of killing Hindus in Amravati, our hands are not tied either.

Independence Day 2022: The ATAGS rifle made in India was used for the first time in the festive celebration at the Red Fort MIGMG...