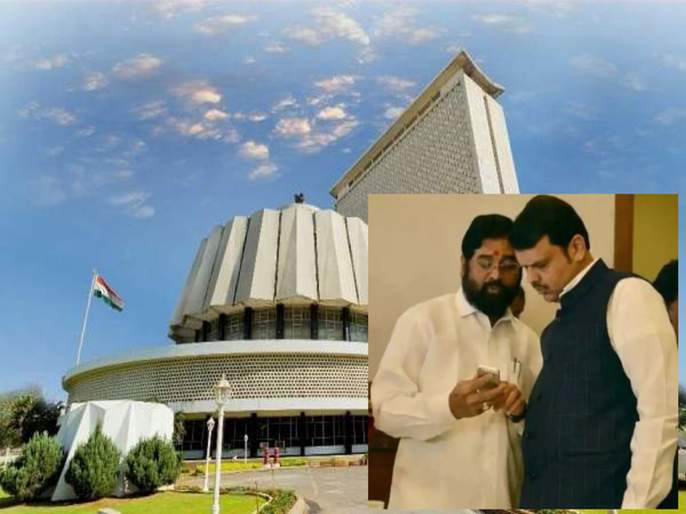 – Atul Kulkarni
Mumbai: Shiv Sena rebel leader Eknath Shinde to establish power. At the same time, the BJP has come up with a strategy to make a distinction between Balasaheb Thackeray and Uddhav Thackeray and bring the class that believes in Balasaheb closer. Besides, BJP is taking care that Shiv Sena will not get any sympathy while forming the government. The BJP has not forgotten Thackeray’s remarks about Prime Minister Narendra Modi and Home Minister Amit Shah. Therefore, while forming the government, it is being planned to form a government by splitting the Shiv Sena, but to keep Uddhav Thackeray aside completely.

Meanwhile, the emotional appeal made by Chief Minister Thackeray on Wednesday evening was appealing to Shiv Sainiks. However, the time has passed when Urban Development Minister Eknath Shinde was given the Chief Minister’s post. A group of BJP and rebel Shiv Sainik MLAs has gone a long way in forming a government, a senior leader has said. Eknath Shinde We consistently believe in Balasaheb Thackeray. They are saying that we will not leave Shiv Sena. Therefore, the new question of what will happen to Shiv Sena even if Uddhav Thackeray’s government is overthrown has now come up for discussion. On Wednesday, Congress inspector Kamal Nath arrived in Mumbai. He called to meet Uddhav Thackeray. However, Thackeray preferred to talk to him on the phone, saying that he has come back positive. But it was Thackeray who met NCP leaders Sharad Pawar, Supriya Sule and Jitendra Awhad. This too was discussed in the Congress circles. However, the Congress leaders also visited the Chief Minister at night.

While Congress and NCP leaders and office bearers were worried about what would happen to the government, Chief Minister Uddhav Thackeray was adamant in the cabinet meeting. “Everything will go well, don’t worry,” he said. There is no threat to the government. Therefore, some ministers clarified that the Chief Minister also gave direct advice that you should not hand over any files in a hurry. The discussion of his assertion was going on in both the Congress parties today. When some Congress leaders came to meet party inspector Kamal Nath and revenue minister Balasaheb Thorat, they were sent away saying, “The chief minister is so indifferent, why do you care …”. Even though such a large number of Shiv Sena MLAs have gone with Eknath Shinde, why is Uddhav Thackeray so indifferent ..? And they are assuring the government that nothing will happen, is the question Congress leaders are facing. These leaders have no clue what exactly is happening.

A new question has arisen among some leaders as to whether Eknath Shinde will be Chandrababu Naidu in Maharashtra. Can Eknath Shinde build as much capacity and strength as Chandrababu did? The question of whether the BJP will allow them to get that much power was also discussed on Wednesday. When Eknath Shinde has the capacity to collect 12 to 13 MLAs, how come so many MLAs and MPs go with him? This is also being discussed in both the Congress parties.

In Maharashtra, the BJP wants self-reliance. Under no circumstances do they want to be with Shiv Sena. But Shiv Sena used to break up and take a group of them along and create question marks on the very existence of Shiv Sena. It is said that Shiv Sena will not get sympathy.

While displeasure with Deputy Chief Minister Ajit Pawar is also one of the reasons why Eknath Shinde and a large section of Shiv Sena are leaving Shiv Sena, why is Thackeray not talking about Ajit Pawar, said a Shiv Sena leader. We are extremely angry about the manner in which they are following Ajit Pawar. The leaders also said that if they do not listen to our suggestions, then we have no choice but to give up.

The talk of splitting the Congress by three votes was suppressed
Kamal Nath came to Mumbai as a Congress observer. In the Legislative Council elections, the Congress candidate suffered a crushing defeat. Congress could not save its own right to vote. Apart from introspecting, our leaders are telling Shiv Sena that we are with you. How can they give this confidence to Shiv Sena where their own opinions are not with them ..? And how does Thackeray believe in this, a question is being asked from Eknath Shinde’s group.

Web Title: Maharashtra Politics: Putting Uddhav Thackeray aside, BJP will form a government with the rebels