Encouraged by the Pakistan Supreme Court ruling in its favour on the issue of Prime Minister Imran Khan’s no-confidence motion, the country’s opposition pushed for a similar vote against the deputy speaker of the National Assembly.

The Supreme Court of Pakistan on Thursday overturned the decision of Deputy Speaker of Parliament Qassem Suri to reject a motion of no-confidence against the prime minister. Voting will now take place on April 9th.

CNN News 18 has exclusively accessed a letter written by opposition leaders to the Secretary of the National Assembly. 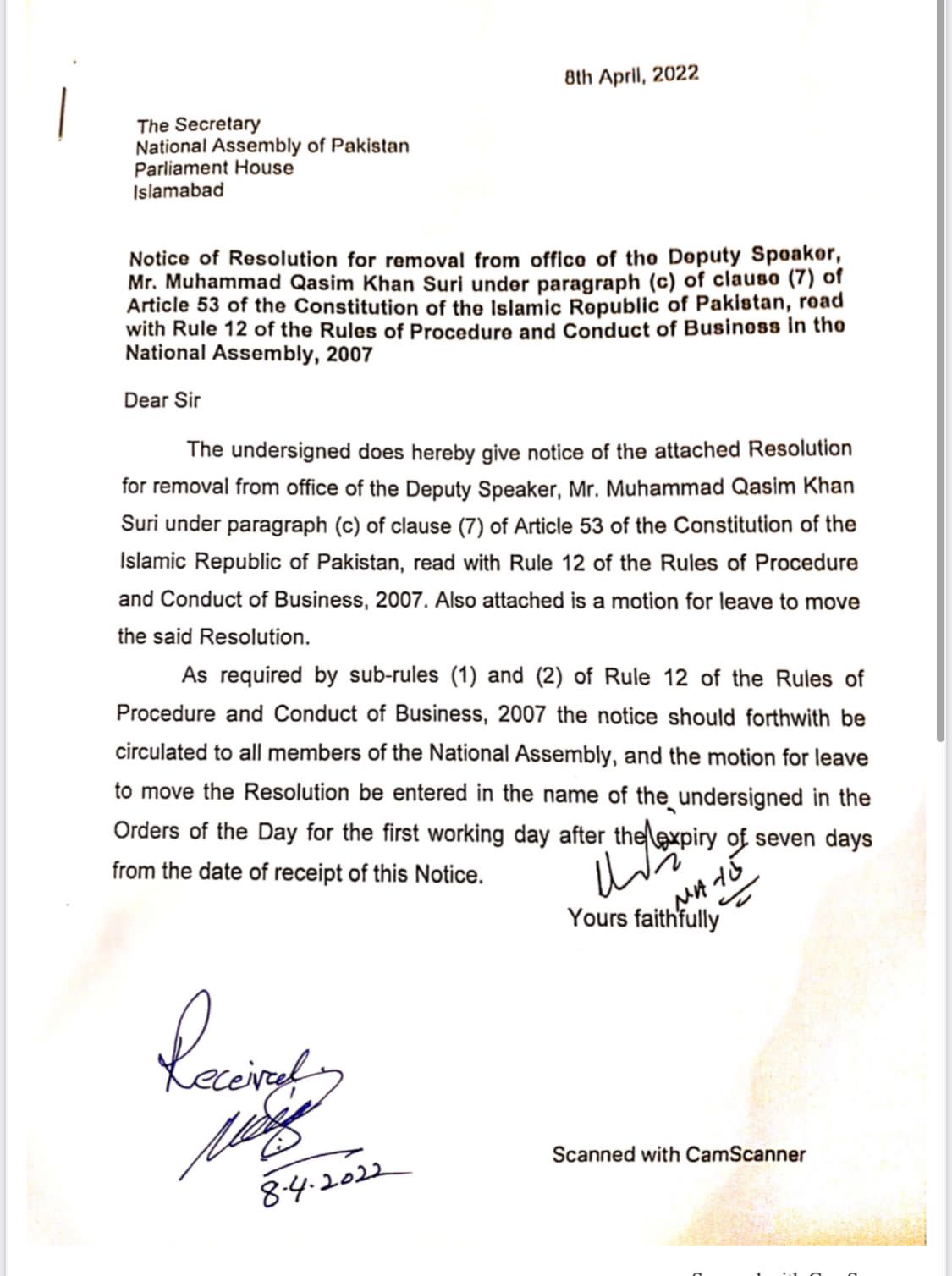 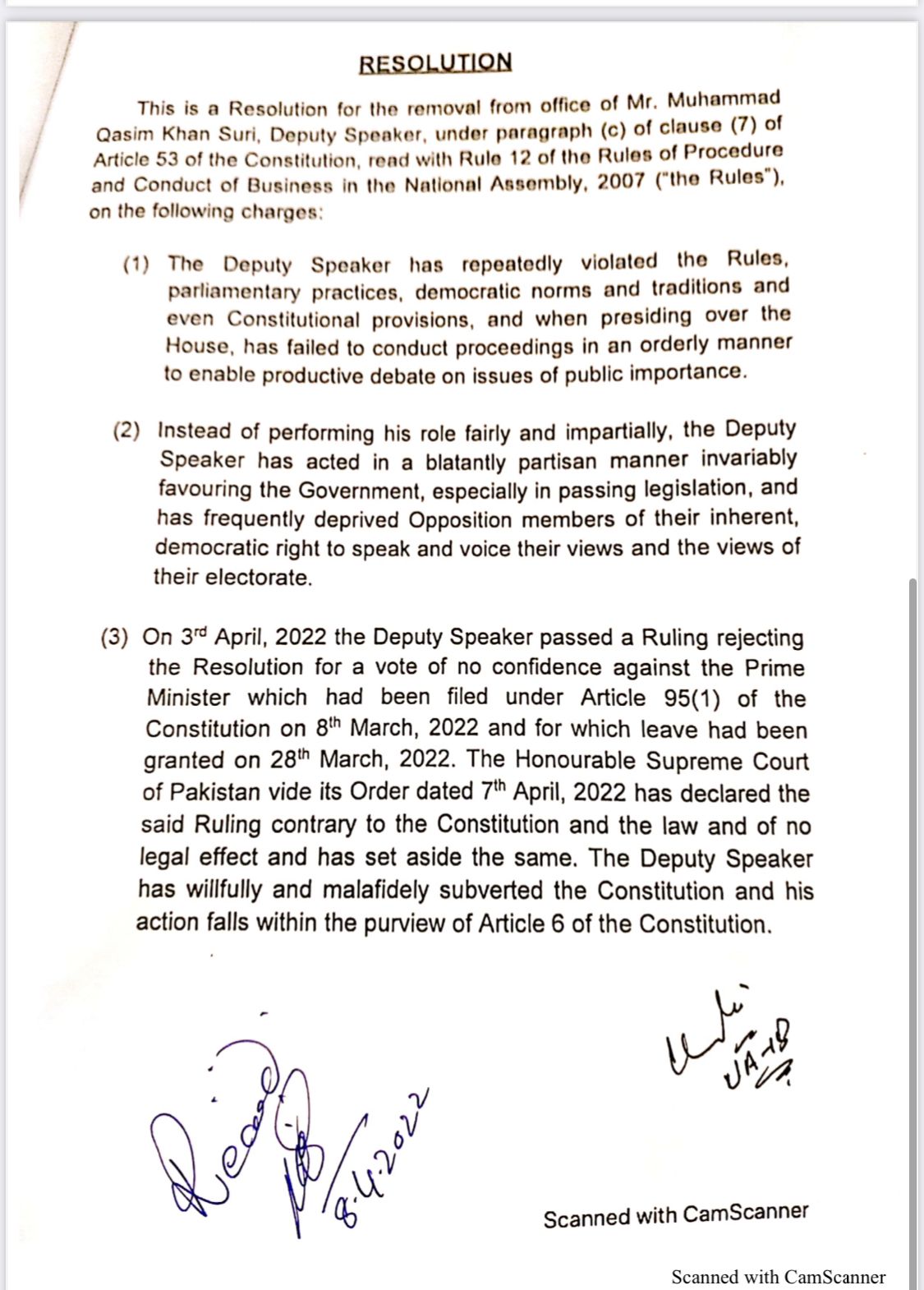 The authors say that they do not trust the deputy speaker of Parliament, who, in their opinion, is involved in violating democratic and parliamentary rules.

They claim that he “did not conduct the proceedings in an orderly manner”.

According to opposition leaders, on April 3, Qassem Al-Suri used illegal means and violated all the rules of Parliament that were reinstated by the Supreme Court.

Opposition parties need 172 votes in the 342-member House of Representatives to dismiss Prime Minister Imran Khan and have shown so far that they have sufficient support.