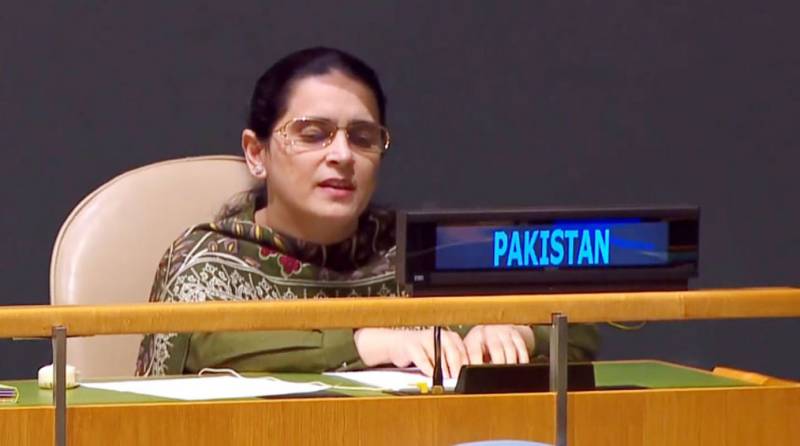 ISLAMABAD – At the United Nations, Pakistan has once again highlighted the instances of Indian sponsorship of terrorism and aggression against all its neighbors, terming it the “principal perpetrator, sponsor, financier and abettor” of terrorism in South Asia. Speaking at the UN General Assembly, Counselor at Pakistan Mission to the United Nations Saima Saleem categorically rejected India’s allegations about Pakistan’s involvement in terrorist acts. She expressed these views while exercising her right of reply to Indian delegate Mijito Vinito’s allegations against Pakistan. Saima Saleem said India is funding and supporting terrorist organizations like Tehreek-i-Tliban Pakistan and BLA, whose attacks have resulted in the killing of thousands of innocent Pakistanis. She also highlighted the extra-judicial killings in fake encounters by Indian forces in the illegally occupied Jammu and Kashmir, enforced disappearances of 15,000 young Kashmiri boys and other illegal actions in the territory.