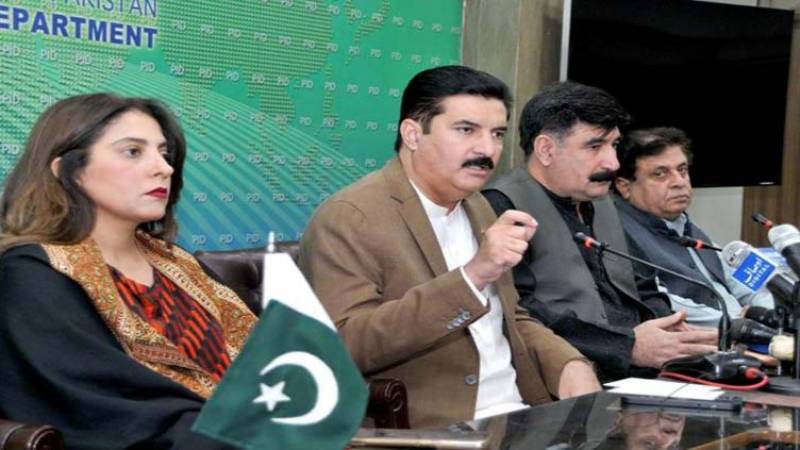 Special Assistant to the Prime Minister on Poverty Alleviation and Social Safety, Faisal Karim Kundi Wednesday said that the so-called long march of Imran Khan has become a stop march.

“The arrival dates of the long march, led by Chairman Pakistan Tehreek-i-Insaf (PTI) Imran Khan, at Islamabad are continuously changing.

The so-called long march has become a stop march which starts at noon and ends in the evening”, he said during a presser flanked by Pakistan People’s Party leaders, Senator Palwasha Khan and Akhunzada Chattan.

He said that Imran Khan is waiting for a telephone call, the way he was waiting for the call of United States President, Joe Biden in the past.

He said that Pakistan People’s Party has defeated PTI in Karachi and Multan during the recent by-elections. “Imran Khan has accused PPP of rigging in Karachi while PPP is ready to contest again on that seat”, he added.

He said that on one hand, Imran Khan and his supporters say that they believed on supremacy of parliament while on the other hand they are waiting for a call from the establishment.

Faisal Kundi said, “Our coalition party formed a committee for having dialogue with PTI leadership but they said that we don’t accept any committee”.

Faisal Kundi disclosed that out of 303 employees were fired on the charges of corruption in the period of Shaheed Zulfikar Ali Bhutto out of which 300 were restored but three could not be restored.

Ikram ullah Niazi, father of Imran Khan was one among those three employees and the other was his relative or uncle. “Not only Imran Khan but his relatives were also found to be certified corrupt”, he continued.

After selling 205 kg of onions, the farmer got only 8 rupees, this is the “twin engine” government! MIGMG News

Sale of a farm to three people, including the singer Dalir Mehndi, accused of illegal construction MIGMG News