Ravi Shankar Prasad: “Congress today in the pocket of one family, this family is trying to take over the property of the party” – Marathi News | BJP Ravi Shankar Prasad Slams Congress Rahul Gandhi Over Inflation and National Herald Issue MIGMG News 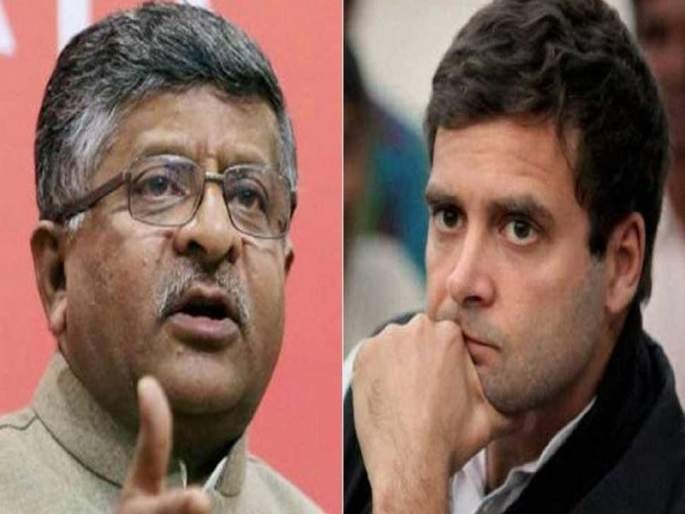 New Delhi – Congress leader Rahul Gandhi said, “Unemployment is increasing in the country, inflation is increasing. But it is not allowed to be discussed in the Parliament. The democracy that was created in the country in 70 years has been ended in the last 8 years. The truth is revealed in front of the people. It has to happen. The more truth I bring before the people, the more I will be attacked. I will continue to work to raise the issue of the people. The one who threatens is the one who is afraid,” he said, targeting Prime Minister Narendra Modi. But now BJP has also strongly responded to this criticism of Rahul Gandhi.

BJP leader Ravi Shankar Prasad has targeted the Congress. Is your party democratic? He has asked this question to Rahul Gandhi. Also, Rahul Gandhi’s grandmother, who advised democracy, banned the media. Congress has good leaders. But is your party democratic? It is the party of Sonia Gandhi, Rahul and Priyanka Gandhi. The people rejected you, where are we responsible for this? Ravi Shankar Prasad has also asked this question to Rahul Gandhi.

“Congress in the pocket of one family, this family is trying to take over party assets”

Ravi Shankar Prasad said, “Congress democracy is a system of corruption. Rahul Gandhi is criticizing to escape corruption. Why is Rahul Gandhi out on bail? Congress party today is in the pocket of one family. This family is now trying to take over the party’s property. Two days ago in the House Congress people did not participate in the discussion when it was discussed. Inflation and unemployment talk is an excuse. The right reason is to scare the ED, threaten and save the family.” A Hindi website has reported about this.

In a press conference held in Delhi, Rahul Gandhi said that the more I raise people’s issues, talk about inflation, unemployment, the more I will be attacked. The more I am attacked, the more I will gain. I will not be afraid of attacks. Democracy has been killed in the country. The democracy that we built in 70 years has ended in 8 years. There is no democracy in the country today. There is a dictatorship of only 4 people. Rahul Gandhi alleged that we are threatened with jail when we start speaking on people’s issues.

maharashtra cabinet portfolios, we already have many kinds of reservations, women should become ministers on their own hard work: Amruta Fadnavis – devendra fadnavis...

aaditya thackeray, Independence Day: When India will celebrate 100 years of independence, Aditya Thackeray will come here from Delhi to salute the flag: Pednekar...