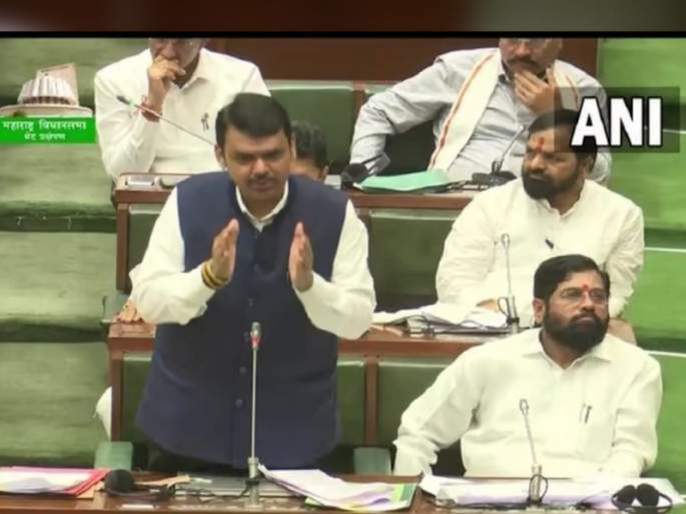 Mumbai: BJP and Shinde’s faction won a majority in the Assembly. BJP’s Sudhir Mungantiwar made the proposal. Bharat Gogavale gave his approval. In the majority test, the BJP-Shinde faction got 164 votes. On the other hand, Mahavikas Aghadi got 99 votes. Meanwhile, Abu Azmi of the Samajwadi Party, Shah Farooq Anwar remained neutral during the polls. After this, the Speaker of the Legislative Assembly Rahul Narvekar declared the victory.

Shiv Sena once again targeted the rebel MLAs while voting on the majority proposal was underway. While MLA Pratap Saranaik from the rebel group got up for voting, Shiv Sena MLAs started shouting ED-ED. Also, while Yamini Jadhav was standing on the spot to pronounce the voting number, such announcements were made by Shiv Sena MLAs. On this, Chief Minister Eknath Shinde, looking at the Shiv Sena MLAs, warned that he would reply to you in half an hour.

Attempts to overthrow the government had been going on since the first day of the Mavia government. Destiny leaves no one. Tola Shiv Sena MLA Bhaskar Jadhav said that the people behind the ED have to be protected by the central government under their house. Also, I know that my words will not be heard because Verma is getting hurt. Where did Hindutva go when it ruled with NCP for 80 hours? ED is imposed on Marathi people. Bhaskar Jadhav said that ED was imposed on all Marathi people including Sanjay Raut, Avinash Bhosale, Pratap Saranaik, Yamini Jadhav.

Meanwhile, Shiv Sena took this step as it seemed to be coming to an end. We have not rebelled. When Fadnavis was the Chief Minister, our party was number one in the Nagar Panchayat elections. Now in two years we have gone to number four, said Gulabrao Patil, a rebel MLA from Shinde group. Balasaheb was, is and will remain in our hearts, said Gulabrao Patil.

Web Title: Replies to you in half an hour; CM Eknath Shinde’s warning looking towards Shiv Sena MLAs

With a standby time of 26 days on a single charge, Nokia’s new feature phone also has a camera MIGMG News