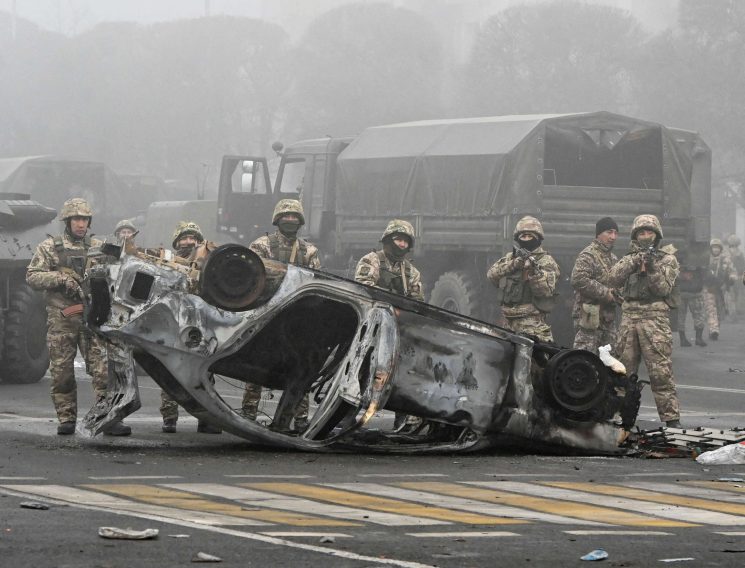 MOSCOW: A military coalition led by Russia intends on Monday to discuss the situation in Kazakhstan in the wake of the unprecedented unrest in the country.

The CSTO member states plan to meet via video conference from Moscow for this purpose, according to the Kremlin.

Russian President Vladimir Putin plans to participate in the talks.

The Kremlin says the coalition will discuss “measures to normalize the situation” in Kazakhstan.

It is noteworthy that besides Russia and Kazakhstan, Armenia, Belarus, Kyrgyzstan and Tajikistan are also members of the alliance.

Kazakh President Kassym-Jomart Tokayev asked for help from the organization after the outbreak of riots in the country.

The organization said it wanted to stay in the country until the situation fully stabilized.

More than 160 people were reported killed during the violence, and Tokayev declared Monday a day of national mourning.

The United States will send an additional $4.5 billion to Ukraine to meet budget needs, bringing the total aid to $8.5 billion MIGMG News