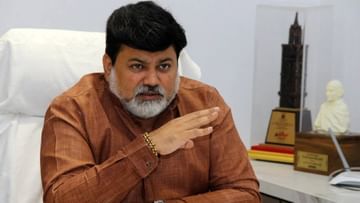 Samant has alleged that the attack was pre-planned and carried out with betel nuts. The Shinde group will now respond to the attack on Samantha. A public meeting of Samant will be held at the Katraj Chowk where Samant was attacked.

Pune : Chief Minister Eknath Shinde faction MLA and former Higher and Technical Education Minister Uday Samant (Uday Samant) was attacked in Katraj in Pune. Samant was on a Pune tour with Ekmuth Shinde. At the same time Yuva Sena chief Aditya Thackeray (Aditya Thackeray) also had a meeting in Pune. When Uday Samant’s car reached Katraj Chowk, some Shiv Sainiks attacked his car. The rear window of his car was broken in this attack. Samant informed the Kothrud Police (Kothrud Police) filed a case in Thane, the police also took action and arrested the accused. However, Samant has alleged that the attack was pre-planned and carried out with betel nuts. The Shinde group will now respond to the attack on Samantha. A public meeting of Samant will be held at the Katraj Chowk where Samant was attacked.

According to the information received, Samant was attacked in Katraj Chowk. A public meeting of the feudal lords will now be held at the same place. Samant will respond to this attack through a public meeting. Pramod Bhangiri, head of Pune city of Shinde group, has given such information. On August 2, around night time, Samant’s car was passing through Katraj Chowk. When his car stopped due to a signal, some Shiv Sainiks attacked his car. At this time, slogans were raised against Samant. Samant’s security guards tried to sideline the Shiv Sainiks. However, the rear window of Samant’s car was broken in this attack. Samant then filed a case with the Kothrud police, alleging that he was assaulted by giving betel nuts.

When Samant interacted with the media after the attack, he warned the assailants. If anyone thinks that I will leave Shinde Saheb’s side after such a cowardly attack, our 45 people will leave Shinde Saheb’s side, but today we have come closer than we were with this attack. Udaya Samant will not stop with such cowardly attacks. Will face any situation. Not criticizing anyone, it means I am not desperate. Samant warned the attackers that no one should see the end of our tolerance.