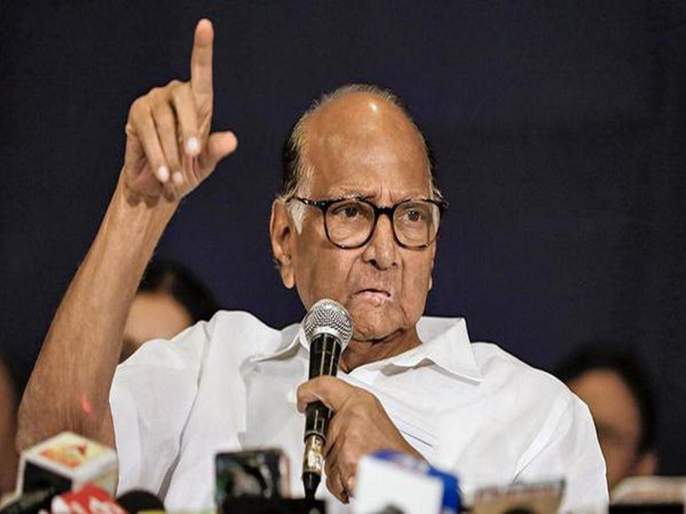 Mumbai: Shiv Sena MLAs will have to come to the state wherever they go. I don’t think the leaders of Assam and Gujarat will come here and guide them after they come to the Assembly premises. Also, the decision taken by the MLAs who went there is against the transfer ban law. So they will have to bear the consequences. Apart from that, NCP president Sharad Pawar has warned the rebel MLAs that his constituency will also react.

Sharad Pawar said that reasons are being given for not getting funds to tell something to the people in his constituency. “Maharashtra has seen such a situation before, so the Thackeray government will overcome this and prove its majority in the Assembly,” Pawar said.

Also, the Mahavikas Aghadi government did a good job for two and a half years. He also made good decisions for the people. It is political ignorance to say that the experiment failed in two and a half years because the health department handled the situation well in the national crisis of Corona. When the MLAs left the state, they will explain the manner in which they were taken after coming here and will clarify their role with Shiv Sena and prove who has the majority, said Sharad Pawar.

MVA decided to back CM Uddhav Thackeray. I believe once the (Shiv Sena) MLAs return to Mumbai the situation will change: NCP chief Sharad Pawar in Mumbai pic.twitter.com/QsPpYfw4RG

Speak to the rebellious MLAs
Khadebol also said that rebel MLAs should come here and speak and not stay in Assam. Our colleagues said that BJP was not behind the mutiny of Shiv Sena MLAs. But I don’t think so. Our colleagues must know the local situation. But I know more about the situation between Gujarat and Assam. Eknath Shinde recently said in an interview on a news channel that he has the support of a national party. I have a list of all the parties in the country. The list includes six official national parties in the country. There are six parties namely BJP, Congress, CPI, CPM, BSP and NCP. There is no question of Congress, CPI, CPM, BSP and NCP helping Shinde. Therefore, Pawar accused the BJP that everyone knows which is the rest of the national party.

It is unlikely that he will be elected MLA
When Chhagan Bhujbal left Shiv Sena and joined Congress, he was accompanied by twelve to sixteen people. When the elections took place, all but one were defeated. This is a previous experience. Therefore, the possibility of this situation happening to people who have gone to Assam cannot be ruled out. So the topic of funding was raised to tell our people something. The rest makes no sense to him. Many of the MLAs who have gone to Guwahati are or were being investigated through the central machinery. It cannot be said that it did not affect them. Also, when these MLAs were in power for two and a half years, the issue of Hindutva was not a problem. “Today, when we get a chance to go against the government, the only reason for Hindutva is being put forward, nothing more,” Pawar said.

Johar Khan: He lost his role in Slumdog Millionaire because the director thought I was ‘too good looking’ MIGMG News