Shivsena: Dussehra gathering wet blankets due to Municipal Corporation’s revenge, Shiv Sena leader direct accusation | It is because of the good wisdom of the BMC that the Dussehra rally is soaked, Shiv Sena leader’s direct allegation. MIGMG News 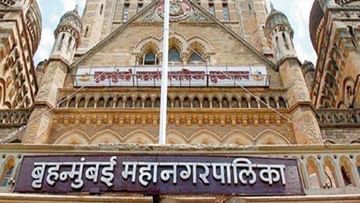 Although the Bombay High Court has allowed the Shiv Sena to hold a Dussehra gathering on Shivtirtha, certain rules and conditions have also been laid down.

Mumbai: Dussehra gathering on Shivtirtha this year (Dussehra Gathering) Because of this, the politics of the state has been stirred up for the past few days. Finally Bombay High Court (High Court) due to the decision, this rift has been resolved and Shiv Tirtha now belongs to Shiv Sena (Shiv Sena) Dussehra gathering is going to be held. However, the matter of Dussehra gathering was stalled due to the obstruction made by the Municipal Corporation from time to time. Anil Parab has raised a question mark on the role of the municipality by saying that it is better not to talk about whether there was any pressure on the municipality for this. Even though the municipality has done all this in good faith, Shiv Sena is saying that there was pressure from the state government.

Shiv Sena will have to conduct this Dussehra gathering in such a manner that law and order problem will not arise. Moreover, this permission has been given only on this condition. Correspondence will be sent to the municipal corporation from the court and in that manner the regulations will be given to the Shiv Sena.

Although the Bombay High Court has allowed the Shiv Sena to hold a Dussehra gathering on Shivtirtha, certain rules and conditions have also been laid down. The meeting has to be held between 12 noon and 6 pm. Apart from this, it will be the party’s responsibility to ensure that no untoward incident takes place.

Ever since the vertical split in the Shiv Sena, everything was going badly for the party. Therefore, what decision will be taken regarding the Dussehra gathering is also important. Now Shiv Sena has got permission and Anil Parab has said that this year’s meeting will be held in an enthusiastic atmosphere.

Since 1966, Shiv Sena’s Dussehra gathering has been held at Shiv Tirtha. This year, many people tried to disrupt this, but even after the crisis, this tradition will continue. Therefore, Anil Parab has said that this meeting will be held under the leadership of party chief Uddhav Thackeray.

Are you ready to enjoy all the delicious delicacies of Navratri? lets take alook MIGMG News

Were there ceremonies between Britain and the Nazis? MIGMG News

Marathi movies, how much has cinema changed in 25 years? Have you seen these TOP 5 Marathi movies – maharashtra times online completed...