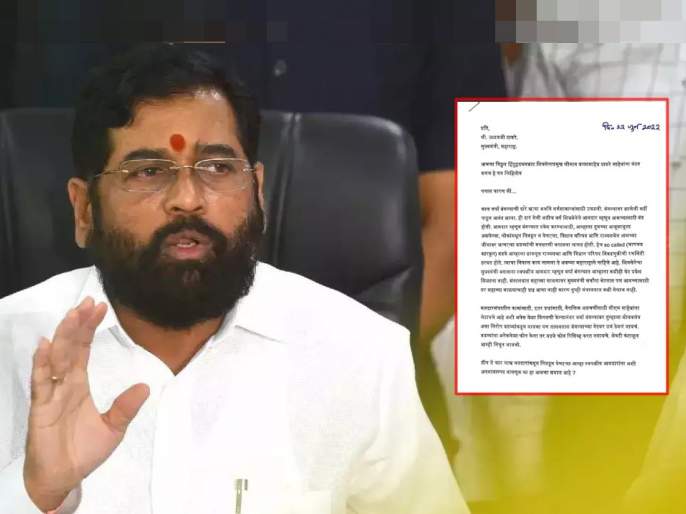 Mumbai: Shiv Sena chief and Chief Minister Uddhav Thackeray has decided to leave Varsha’s residence and stay with his mother. After the mutiny of Shiv Sena leader Eknath Shinde, Uddhav Thackeray made an emotional appeal and said that he was ready to resign and leave the post of party chief. Since then, there have been constant developments in the politics of the state. On the other hand, the number of MLAs joining Eknath Shinde’s group is increasing. In addition, now Eknath Shinde has expressed the sentiments of the MLA by sending another tweet.

Eknath Shinde has released a letter through Twitter. In it, Eknath Shinde has tried to convey the sentiments of MLAs from Shinde group to the Chief Minister and Shiv Sena party chief. Aurangabad MLA Sanjay Shirsat has expressed his sentiments in a three-page letter. In it, Shirsat has described in a letter the harassment caused by the Badwas, having to sit on the matoshri or Varsha bungalow and the contempt during the visit to Ayodhya on the issue of Hindutva.

This is the sentiment of MLAs … pic.twitter.com/U6FxBzp1QG

Web Title: This is the sentiment of MLAs, Eknath Shinde issued a 2 page letter For uddhav Thackeray