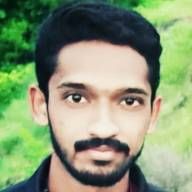 Theme, date, significance and quotes, you wish to share with your loved ones MIGMG News

Rejuvenate and go boho with your home interiors MIGMG News