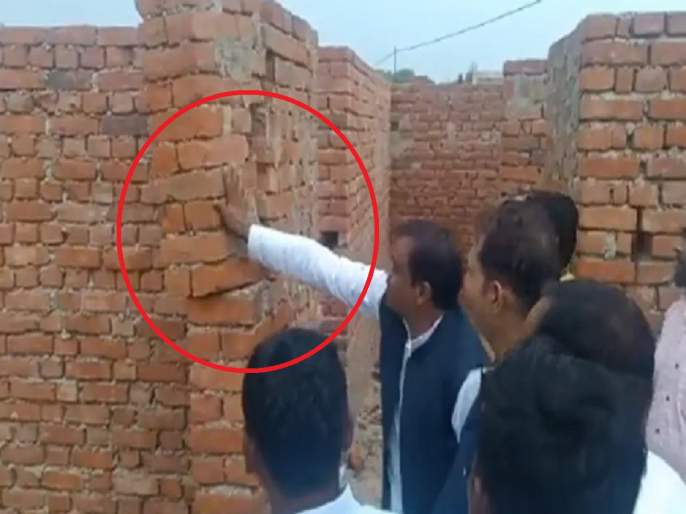 The government has not prepared the future of the youth with such poor construction work, it is the arrangement of their death, the philosophy of the corrupt government system in the engineering college being formed in Raniganj assembly. pic.twitter.com/Rr6ibkN4l4

The SP MLA who came to inspect the government engineering college to be built in the forest of Shivsat of Raniganj assembly constituency of Pratapgarh. RK Verma had come. This time they saw the bricks falling off. After that he hit the vertical wall with one hand and the whole wall collapsed. This time, he said, “not a college, but a cemetery is being built.”

After this, SP’s RK Verma got angry and called the district collector and told him the whole story. Engineers from the Rural Engineering Service rushed to the spot and sent the construction sample to Verma for testing in the laboratory. The video of this whole incident is going viral. Sharing the video, SP MLA RK Verma said, “The government is not creating a future for the youth because of such inferior construction, but for their death. Darshan of corrupt government system in the engineering college to be built in Raniganj assembly.