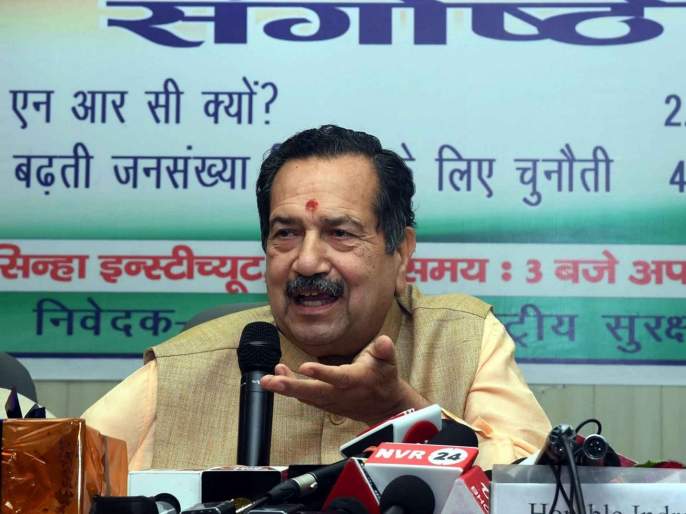 New Delhi: The country belongs to all. Politics based on religion is wrong and everyone should respect each other’s religion. Indresh Kumar, a senior pracharak of the Rashtriya Swayamsevak Sangh (RSS), has said that there should be a nationwide regulation for religious expression while maintaining religious freedom.

Talking to reporters, Indresh Kumar said that in order to maintain social unity, everyone should come together and celebrate festivals. Everyone should be subject to the rules and follow the rules. Therefore, social health will also be taken care of. The concept of a united India must be understood. Just as all the nations of the continent of Europe came together and set goals. That is how all the nations of the Indian subcontinent should come together. It is necessary to work for the integrity of each other, said Indresh Kumar.

Everyone should respect religion by maintaining unity in diversity

Criminals have no religion. Politics conducted in the name of religion should be stopped. The work of appeasing communities for votes should also be stopped. Diversity is a strength in our country. Politics is being conducted in the name of religion and a rift is being created due to provocative statements, saying that everyone should respect religion by maintaining unity in diversity. Such statements are made for political purposes. The work is done to create a rift between the two societies. Indresh Kumar said that internal and external forces are creating rifts.

In the meantime, everyone has the right to their own customs. We have to respect each other’s religion. Religious identities must be protected. It is wrong to deliberately make provocative statements. Regulations should be made at the national level for religious customs, traditions, expressions. This will curb the ways of creating rifts between the two societies and will also keep the social unity intact, said Indresh Kumar.

Producers’ Ideas to Attract Audiences to Cinemas! – the producer decided to reduce the ticket price of the movie MIGMG News