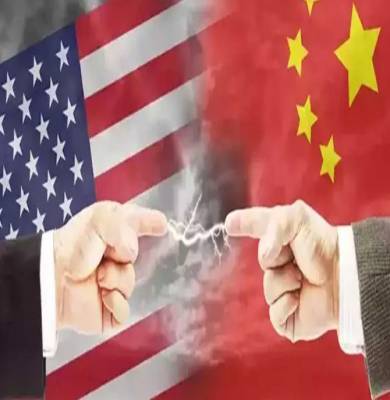 If trade across the Taiwan Strait is affected, it will lead to higher inflation and lower economic growth (read stagflation) 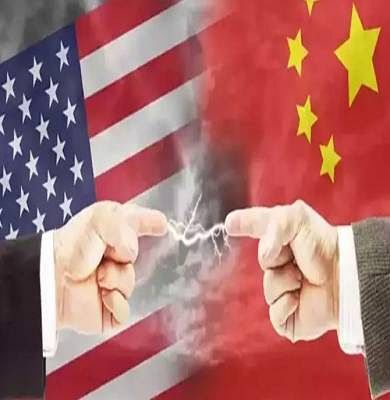 Any escalation between the United States and China could affect the Taiwan Strait. (Image source: TV9 Bharatvarsh)

Taiwan has a population of 23 million. It is 80 miles off the coast of China.

Taiwan is a democracy, but China considers it its own territory and looks forward to getting it back.

While Joe Biden warned China in May that it would help Taiwan militarily if China invaded Taiwan.

Experts point out that this is a contradictory statement because the United States has been strategically ambiguous on the issue so far. In other words, there was no clarity about the US position on the Taiwan issue. But the latest statement by Joe Biden made it clear that the United States will help Taiwan.

Nancy Pelosi is now the representative of the US House of Representatives, and she is one of the most senior figures in the US government.

Her going to Taiwan after opposing China is indicative of one thing. The point is that the United States does not accept China’s proposal that Taiwan belong to it.

This is the main point of tension between the United States and China on the Taiwan front.

In response to Pelosi’s visit, China imposed an export ban on sand. While the import of fish and fruits is also prohibited.

However, Taiwan news.com responded that the Chinese ban would not have much impact. The Bureau of Mines stated that imported sand accounted for less than 1% of domestic demand in the past two years, 0.64% (450,000 tons) and 0.71% (540,000 tons). Of that, only 70,000 and 170,000 tons were imported from China. It was also reported that Taiwan will not be affected. As the state has flexibility and alternative sources of sand. Hence we can say, China’s ban on this front will not have much effect.

Any escalation between the United States and China could affect the Taiwan Strait. Its importance can be understood from the fact that it is an essential route for ships from Asian countries such as China, Japan, South Korea and Taiwan towards Europe and the United States.

Asia has become a manufacturing and assembly center. In this globalized world, European and American companies create product designs at their headquarters. Then they send this design and all raw materials from all over the world to assembly units in Asian countries.

It will create a shortage of products in Europe and the United States. This supply-side issue will lead to lower corporate sales and higher inflation. Keep in mind that the central bank cannot control supply-side inflation.

Bloomberg reports that half of the world’s container fleet and 88% of the largest tonnage container ships pass through this route.

So if trade across the Taiwan Strait is affected, it will lead to higher inflation and lower economic growth (read stagflation)

Well, we talked about the disruptions in the trade routes, however, Xi is a rational player who looks at the game from a long-term perspective. Therefore, China will be very careful to subdue the United States. The Chinese economy is not doing well, and its people are unhappy. So before taking any action against the United States, China will consider the domino effect of its action. Hence the potential impact of US-China tension on Taiwan is enormous but the event is not very likely.

Download Money9 to get the latest updates on personal finance.

Stocks are collapsing, the dollar is rising, and bonds are falling, as fears of a recession grow MIGMG News