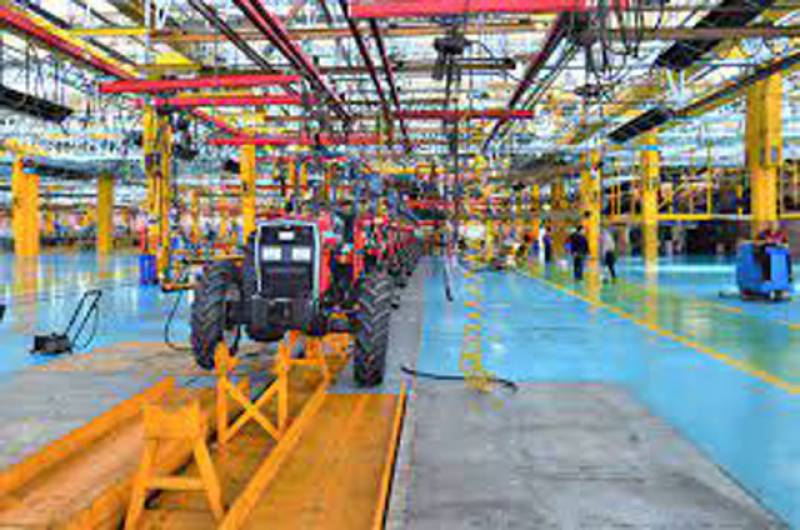 ISLAMABAD- Tractors assembling in the country during first month of current financial year decreased by 47.9 percent as compared to corresponding month of last year. During the month of July, 2022, about 2,400 tractors were produced locally as against the production of 4,609 tractors of the same month last year, according to the provisional quantum indices of Large Scale Manufacturing Industries (LSMI) released by Pakistan Bureau of Statistics. The data was compiled for the month of July 2022 with base year 2015-16 on the basis of latest data supplied by the source agencies, it added. During the period under review, overall manufacturing of machinery and equipments witnessed about 48.4 percent negative growth in July, 2022 as against the production of same month of last year. In first month of current fiscal year, automobile manufacturing also decreased by 7.2 percent as compared to first month of last year as domestic assembling of cars decreased by 11.8 percent, light commercial vehicles by 11.6 percent and local production of trucks went down by 31.7 percent. However, domestic assembling of buses grew by 33.3 percent as 76 buses were locally assembled during the month of July, 2022 as compared to the same month of last year.