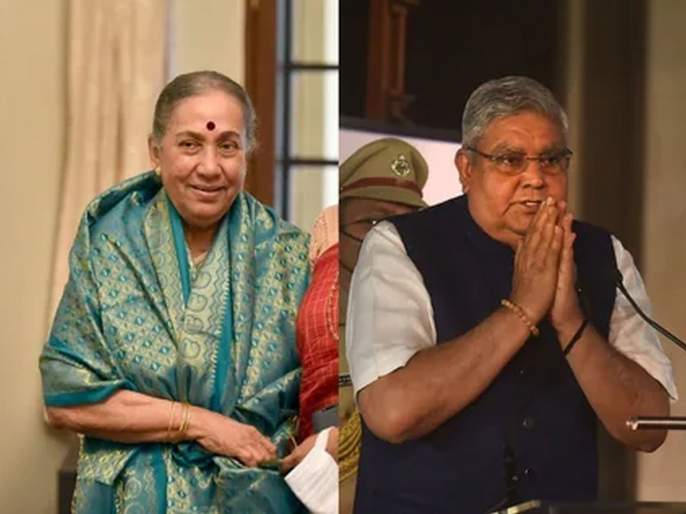 Lokmat News Network
New Delhi: Voting for the election of Vice President will be held tomorrow, Saturday. In this election, there will be a fight between NDA candidate Jagdeep Dhankad and opposition candidate Margaret Alva. Considering the number of supporters, Jagdeep Dhankad’s victory is said to be certain.

There was no consensus among the opposition parties regarding the candidature of Margaret Alva. West Bengal Chief Minister Mamata Banerjee had objected that while nominating senior Congress leader Margaret Alva (age 80) as a candidate for the post of Vice President, she had not properly discussed with everyone. Therefore, the Trinamool Congress has decided to stay away from the polls. TRS has announced its support to Alva.

Opposition candidate Margaret Alva is a former governor of Rajasthan, while NDA candidate and BJP leader Jagdish Dhankad (age 71) is a former governor of West Bengal. Dhankad is a leader of the Jat community in Rajasthan. Voting for the election of the Vice President will be held tomorrow, Saturday, from 10 am to 5 pm in Parliament House. The counting of votes will start immediately after that. The name of the winning candidate will be announced by Saturday night.

Jagdeep Dhankad and Margaret Alva in the arena

Election by secret ballot
788 members of the two houses of Parliament, namely Lok Sabha and Rajya Sabha, vote in the election of the Vice President. As all the voters are members of both houses of Parliament, the value of each MP’s vote is equal to one and that vote is not transferable, informed the Central Election Commission. Secret voting system is followed in this election.

Spring in Bihar! Nitish Kumar one step ahead of Tejashwi; Said…not 10 we will give 20 lakh jobs – Marathi News |...

Immense patriotism, the youth spent Rs 2 lakh to decorate the car in the colors of the flag MIGMG News