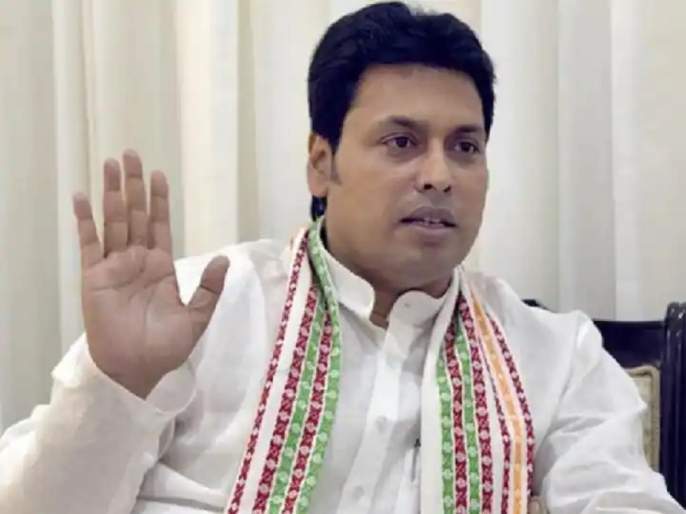 New Delhi: Tripura Chief Minister Biplab Deb has resigned from his post. On Saturday, Biplab Deb called on the Governor and tendered his resignation. The BJP has convened a meeting of the Legislative Party and a new Chief Minister may be elected in the state soon. After resigning, Biplab Deb said, “I have resigned in the interest of the organization.”

After handing over his resignation to the Governor, Biplab Deb spoke to the media. This time we want a long term government in Tripura even after 2023. The party is preparing for this. I have done this work for the organization myself. “We will do whatever work the party has given us, where it will fit,” said Biplab Deb. Meanwhile, Biplab Deb was also asked about the new chief minister, but said he did not know yet. He also clarified that he resigned at the behest of the High Command.

Three names under discussion for new CM post
Following the resignation of Biplab Deb, the discussion on the new Chief Minister of Tripura is now in full swing. For this, BJP has called a meeting of the Legislative Party. Union Minister Bhupendra Yadav, who is in Tripura from Delhi, and party general secretary Vinod Tawde will be present. The legislature may elect a party leader at this meeting. But at present, three names are coming up regarding the new Chief Minister. The first name is that of the current Deputy CM Jishnu Deb Verma, to whom he can hand over the reins of the party. He is followed by Manik Saha and Pratima Bhowmik.

OP Rajbhar’s fierce attack on BJP in UP Assembly, what about inflation? MIGMG News

How to convert your photo into a WhatsApp sticker! MIGMG News

cashback offer: WhatsApp Cashback: WhatsApp is giving cashback to ‘these’ users, this work has to be done, see details – get cashback on whatsapp...